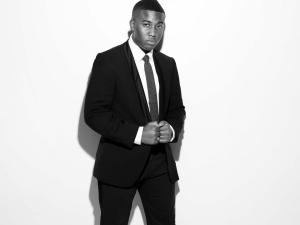 In a few short months, Joshua Rogers has become a household name to gospel music lovers across the nation. The 18 year old winner of BET’s highly successful reality singing competition, Sunday Best, has captured the hearts of millions as the “young buck” who took home the crown. The Greeleyville, SC native put the small town on the map as he belted out tunes each week for the studio audience, viewers across the country, and gospel music superstars – vocal coach Kim Burrell, judges CeCe Winans, Donnie McClurkin, Yolanda Adams, and host Kirk Franklin.

The gifted young singer confesses his family always encouraged him to sing, but didn’t sugarcoat things either. Rogers says, “My mom tells me all the time, boy you didn’t always sound good …” but Rogers stuck with it and worked diligently on his craft. After graduating from high school, Rogers competed in a local talent competition at the Charleston, SC Black Expo and won the grand prize. After winning the competition, he was encouraged to audition for Sunday Best and did just that. He and his family drove to Atlanta to audition for a slot on the show along with 10,000 other competitors. Rogers went on to win the title of Sunday Best. When asked how it feels to have won and to have represented for his hometown, Joshua replies, “It just feels good that everyone knows that Greeleyville exists. It’s out there, and it has talent. It has potential. It’s amazing just how much the favor of God was on me.”

Joshua Rogers is the first male to win Sunday Best and the youngest person to win the show in all five seasons. He is currently prepping for the November 20th debut release on Music World Gospel. Rogers plans to pursue college in the near future, likely majoring in musical performance. The singer has already made a mark in his home town – September 13th has been deemed Joshua Rogers Day in Manning, South Carolina. It’s undeniably certain, that his mark will soon be made worldwide in gospel music.